The Fountains of Abbington Green

The Gardens at Abbington Green are in full bloom and look amazing!
Every guest comments on how beautiful they look. Steve is owning the project and working with two great friends, Ivy and Ken Olson, to bring back the Gardens at Abbington Green to their full beauty and potential. They are doing an amazing job. Steve even took two weeks vacation time from the post office and spent it in the garden every day. Here are a few photos to show you what I mean: 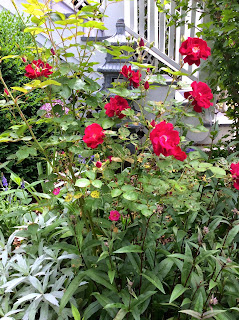 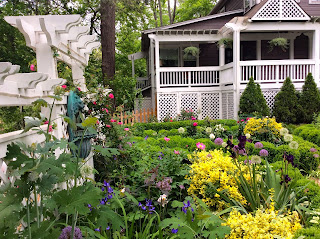 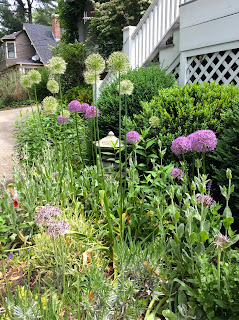 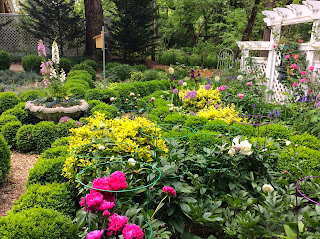 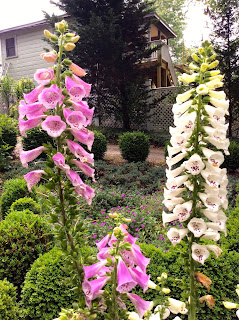 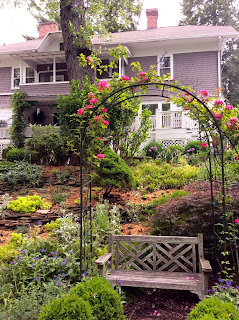 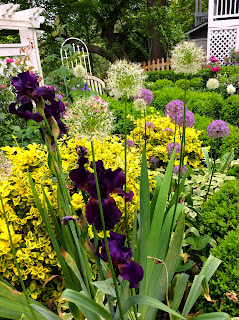 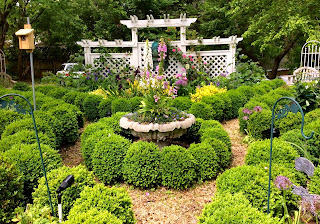 I believe, a garden is not complete with out the magical sound of a fountain. We have 4 beautiful fountains at Abbington Green. Each of them in a separate garden and unique to the garden. They bring a peace and charm to the gardens and add to the History, Style and Romance of Abbington Green. 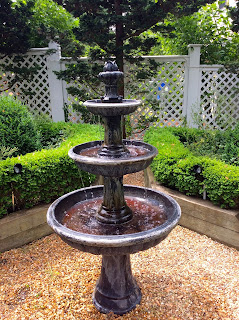 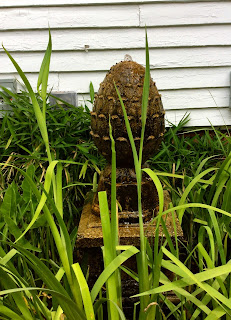 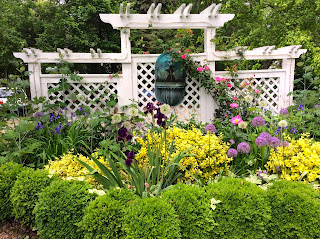 My favorite fountain, of the 4, is found in the front yard. We call it  Bailey’s Fountain in honor of Bailey our St Bernard who passed away 4 years ago. Bailey was an amazing dog! 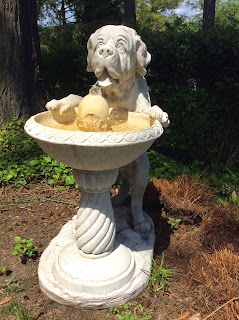 We purchased her in Rockford, Illinois as a puppy. When all 7 St Bernard puppies came running to me she was the one that kept falling over and lagged behind the others.  When she finally got to me, she wanted to be hugged and we connected immediately.
I wanted Bailey to be a show dog, and went to classes to get trained. In her first show she took 2nd place. A few months later, as Bailey kept growing, she developed a limp. Her joints in her left paw were not developing properly and we tried corrective surgery but it didn’t work. She was able to move fine on her own, but would always have a limp. That didn’t matter, we loved her……….unfortunately, she could not continue to be shown as a show dog.
I started thinking about other ways Bailey and I could spend time together and do something good. I stumbled upon the Pet Therapy Program at the Broward Humane Society in Florida. I called and Bailey passed the test with flying colors and we began 10 years of Pet Therapy work together on Saturdays.
That’s what she was meant to do……..She was so good with all the Cancer and Alzheimer Patients, and they loved seeing her come into their rooms. I could see how their eyes would light up and they would talk to her. Her height was perfect to the side of the bed as well as wheelchairs.
As you all know, St Bernards drool, and I always had a  towel with me to wipe her mouth before she got close to a patient. One day one patient said to me, “It’s okay honey, we drool too.” When patients would get ill and some lapsed into comas, Bailey sensed it and would lay her head next to theirs and then look over at me. I would tell her, “It’s okay, they know you’re here to see them.”
Bailey lived to be 12 years old and it was a sad day when I had to say my final Good Bye. One of the sweetest gifts I ever received was from my District Manager in New Jersey and her team of Store Managers. They purchased an actual Star that is now named Bailey’s Star. I have a framed Certificate of the coordinates of the actual star that hangs in the entry way of Abbington Green. 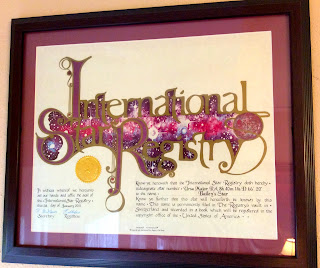 Even though our Bed and Breakfast is called Abbington Green, the name of our business is called Bailey’s Star in honor of the best friend I ever had…………..My Bailey! 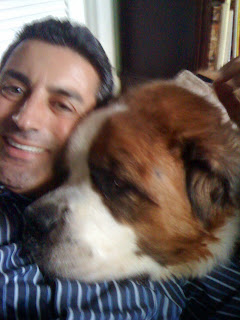 All the best, Nick